A 54-year-old driver in Ukraine was questioned by police for hanging a St. George's ribbon and a Soviet flag in the car. Police said that under current Ukrainian law, these two items were prohibited. The driver refused to hand over these items and said that he was born in the Soviet Union, which is his belief. "This is my faith，I insist it even if you shoot me!" What kind of ribbon is this?
The St. George's Ribbon is derived from the George Medal, the highest military honor of the Tsarist period. It was originally a two-gold and three black ribbons. This color is derived from the color on the imperial Russian royal badge. After the October Revolution, the Order of St. George was stopped, but the ribbon was retained and the name was changed to "Guard Band", but the gold color became orange, and the black color remained unchanged. The former two colors symbolize the land. The latter symbolizes smoke. 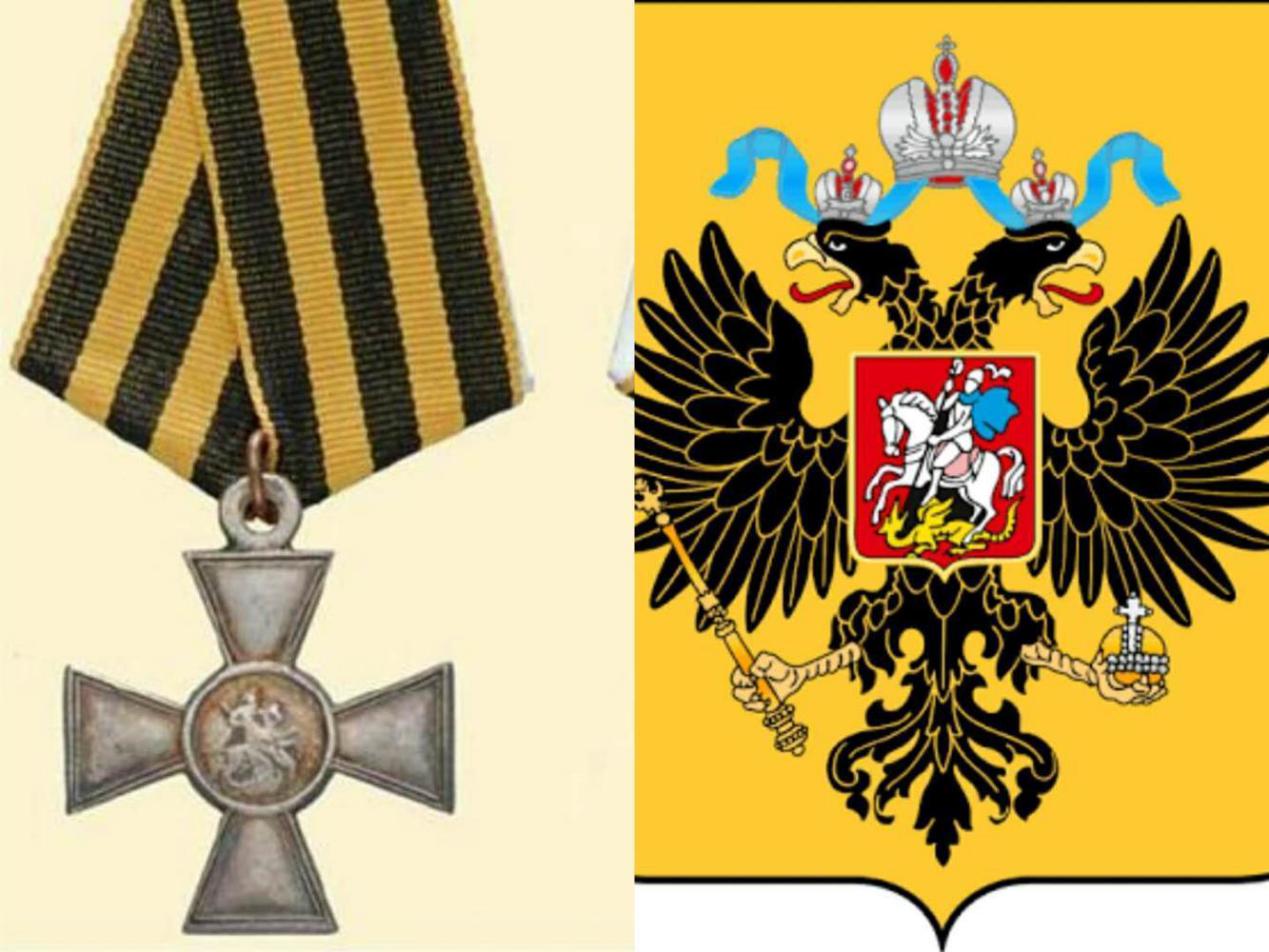 (Silver St. George Medal and Royal Russian Emblem)
This kind of service ribbon is important part of various honorary decorations and they are widely awarded to those brave soldiers and officers, especially for commemorating the anti-fascist war people. It is shown on the medal of the victory of the Patriotic War. Therefore, this service ribbon has been given a strong sense of honor and Soviet. This ribbon can be seen on many occasions to commemorate the victory day of the former Soviet Patriotic War. It can be said that the St. George's Ribbon is the common historical memory and history of all the former Soviet republics symbol. 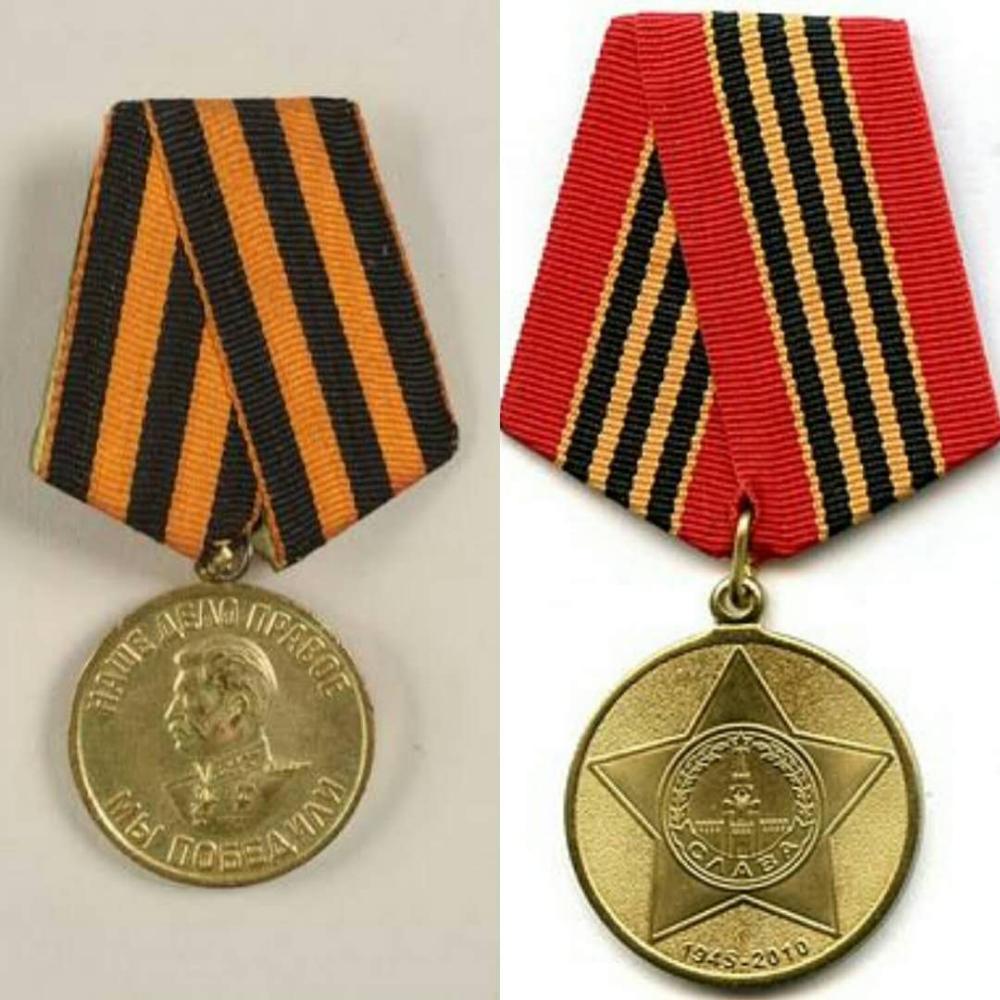 (Victory Medal of the Patriotic War)
However, after 2005, this service ribbon changed its meaning. As the "Rose Revolution" and "Orange Revolution" broke out in Georgia and Ukraine, pro-Western governments came to power. This has made Russia feel pressured. In order to unite the Russian people, carry out patriotic education, and resist the impact of the color revolution, Russian officials and folks intentionally promoted the St. George ribbon as a symbol of Russian national patriotism, that is, forcibly the ribbon was russification. 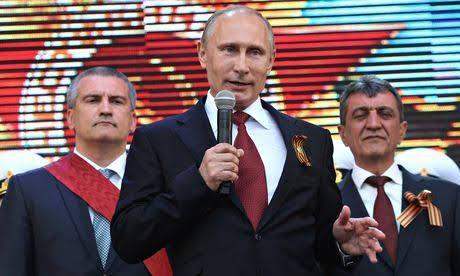 (Putin wears St. George Ribbon to participate in the event)
Now it has basically become a symbol of Russian nationalism and separatism. During the crisis in eastern Ukraine in 2014, pro-Russian armed forces in the eastern Ukraine wore this ribbon to provocative the Ukrainian central government. This action also makes the Ukrainian government to completely change its view of the St. George's ribbon, and the St. George's ribbon was later classified as a prohibited item by legislation and prohibited from hanging and wearing in public places and obvious areas. 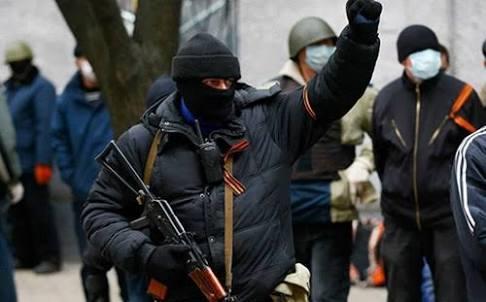 (Eastern Ukrainian folk armed with St. George's ribbon)
One problem that can be seen from the St. George's Ribbon is that Russia is actually using a past feeling to win over the former Soviet Union countries such as Ukraine, Belarus, Georgia, and especially the elderly and Russians in these countries. This approach has led to the antipathy of these countries, because some memories belong not only to Russia, but also to people in all countries in the entire former Soviet Union. Russia is so selfish. Belarus President Lukashenko once criticized Russia publicly as saying that "the victory of the Patriotic War belongs to all Soviet people, not only Russia." 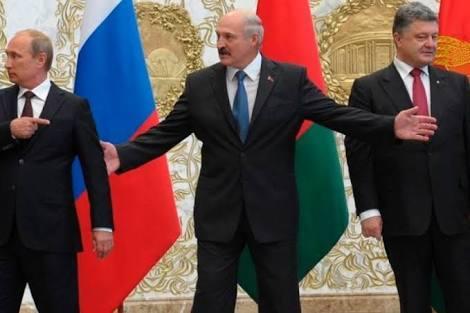 (Putin, Lukashenko, Poroshenko)
Big-russian-nationality chauvinism has turned the two brother nations of Russia and Ukraine into opposition, and the Ukrainian crisis has made Belarus firm that their Rrussification process are right. The relationship between the nation and the nation state is quite different. If the Soviet union continues to emphasize its relations with its neighbors with the mentality of a big brother guarding a small brother, it will only run counter to the development of this era.
Well above is just the information sharing or a kind of story sharing, which didn’t represent any personnel or company. Back to the medal, produce it in 3D on the details would be super nice.