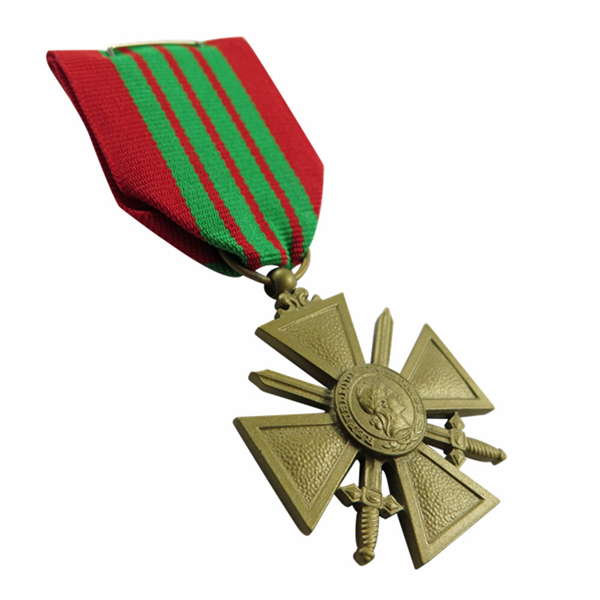 The Croix de Guerre may either be awarded as an individual or unit award to those soldiers who distinguish themselves by acts of heroism involving combat with the enemy. The medal is awarded to those who have been "mentioned in dispatches", meaning a heroic deed or deeds were performed meriting a citation from an individual's headquarters unit. The unit award of the Croix de Guerre with palm was issued to military units whose members performed heroic deeds in combat and were subsequently recognized by headquarters.
Contact us PDF Download
Specifications of The France Military Corss :


We Donghong is a professional maker of medals since 1984. We can custom replica military medals for collection , souvenir , gifts , awards, etc.. Welcome to contact us for more information or get quotations for your custom design military medals!