Custom ​The Order of Lenin 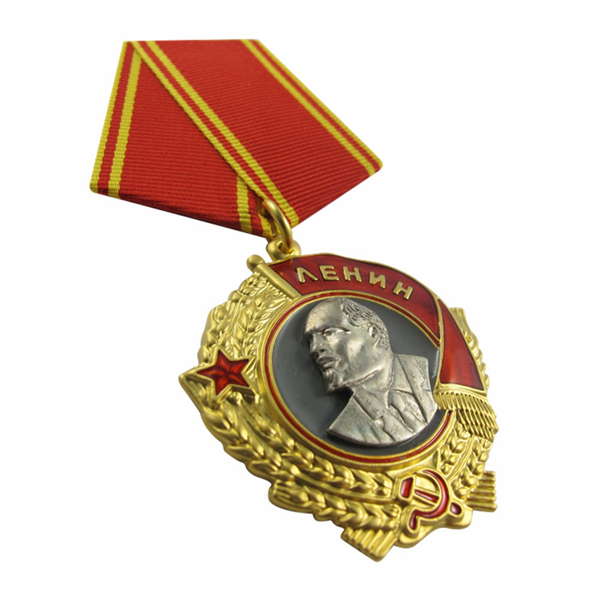 The Order of Lenin , named after the leader of the Russian October Revolution, was established by the Central Executive Committee on April 6, 1930. The order was the highest civilian decoration bestowed by the Soviet Union.

This is the fourth design and it was awarded from 1943 until 1991. Design was same as previous, but was worn as a medal suspended from a ribbon .

We Donghong is a professional maker of medals since 1984. We can custom replica military medals for collection , souvenir , gifts , awards, etc.. Welcome to contact us for more information or get quotations for your custom design military medals!